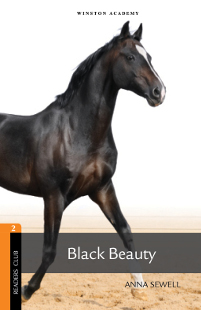 Black Beauty
My mother was a wise old horse with kind manners. We had a good, kind master. He gave us good food and spoke to us with kind words. My mother loved him very much and when she saw him at the gate she neighed with joy and ran towards him. He called me ‘Darkie’ because I was pitch-black with a white star on my forehead. I felt very happy when he gave me a piece of bread. Sometimes he brought a carrot for my mother. He had other horses but my mother and I were his favourite horses.

Black Beauty is a beautiful, strong and well-behaved horse. He is born in a farm with good masters. He has a good mother and a good environment but when his master’s wife gets sick, they sell the horses to settle in a warmer place. Black Beauty’s adventure begins there. He is sold to different masters. Some treat him very well, some not so well, and some treat their horses terribly. He makes a few friends throughout his journey. He is especially fond of Ginger and they become best friends. After being sold to many masters he is sold to his final home and he has a good master in this farm. He is happy there but he misses his mother and Ginger.

Little Women
“I brought home a letter from Father,” Mrs March told the girls with a big smile. Mr March volunteered to be an army priest because he was too old to be a soldier. Mrs March read the letter to the girls while they sat around the fire. At the end of the letter, Father said: “Give them all my love and kisses. Tell them I think of them everyday. Tell them to work hard and help you everyday. I am very proud of my little women.”
All of the girls cried as they listened to Mrs March while she was reading the letter. All of the girls decided to be very good girls so Father would be proud of them when he came back from the war.

March girls; Meg, Jo, Beth and Amy are four sisters. They live with their mother and servant Marmee. Their father is away in the war. On Christmas they give away their breakfast to a poor family and they receive a gift from their next-door neighbour, Mr Laurence. One day Jo walks towards the Laurence house and become good friends with Laurie; the grandson of Mr Laurence. From then onwards the two families become good friends. In the end their father comes back from the war and the oldest girl; Meg and Laurie’s tutor Mr Brooks fall in love with each other and decide to get married. 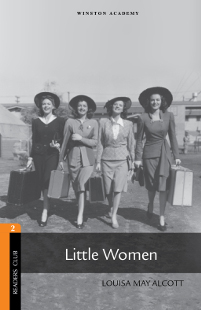 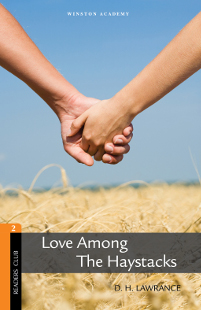 Love Among The Haystacks
Maurice was braver than his elder brother. His feelings for love were burning inside him and he did not want to hide them. He wanted to feel the excitement of love in his life. It was not good for Geoffrey to hide his true feelings. He could not show his interest in women. He kept silent and quiet all the time.

On a summer day, two brothers, Maurice and Geoffrey Wookey, are working in the field to build haystacks. They are quite different from each other: one is happy and positive; and the other is pessimistic and unhappy. Their appearances are different, too, but they are thinking about similar things - about young women, and love. They say angry words to each other and have a fight. But they go on working. Visitors come and go, and the day slowly turns to evening. It is a special evening for them because they are going to find love in the end.

The Jungle Book
Father Wolf and his family slowly made their way back to the cave. Upon arriving at the cave, Mother Wolf screamed ‘Something is coming up the hill. Get ready,’ Father Wolf was ready to attack. Then he saw the most wonderful thing in the world. ‘A man’s cub. Look!’ said Father Wolf. He was a naked brown baby who could just walk. The baby looked up into Father Wolf’s eyes and laughed.

The day starts as an ordinary day for the wolf family, but they do not know soon they will have a new member: a man’s cub. They will call the human cub ‘Mowgli’. Mowgli starts to live in the jungle and has a good family and good friends. However, not everything will be easy for him. He will also have some enemies. Will little Mowgli live among the wolves happily? Can he learn the rules of the jungle?
“The Jungle Book” is a book written to be enjoyed by adults as well as children-with its interesting story and deep symbolism. 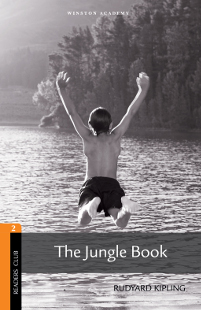 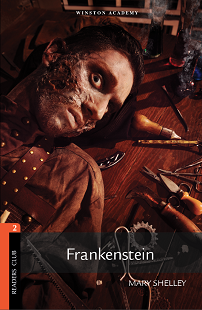 Victor Frankenstein is the first born child of his family and is the idol of his parents. He loved reading and learning new things as a child. He reads interesting books of old philosophers. When he loses his mother, he starts thinking about life and death. He even thinks about giving life himself. His ambition leads him to a creation that he cannot even take responsibility for or take care of. Even if it is a success in his studies, it brings a great misery to him in the end.

Sherlock Holmes is a famous detective who lives in Baker Street, London, and he is very good at his job. Even the police come to him for help, and Sherlock always solves the most complicated cases. He has a dear friend, Mr Watson, who helps him solve the cases. Together they meet strange people, go to strange places and have many adventures to solve mysteries. 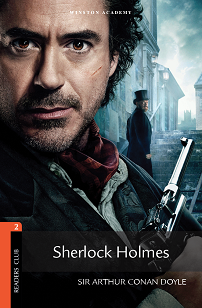 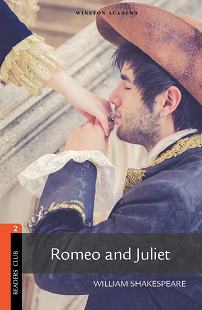 Romeo, of Montague family, is a young gentleman who is in the mood for love. Juliet, of Capulet family, is an attractive lady who is in the bloom of youth. They fall in love with each other without knowing they are enemies. When they learn who they are to each other, the joy of their love turns to sadness. However, they never give up loving each other no matter what happens.

Silas Marner is a weaver who used to live in Lantern Yard. They falsely blamed him for theft, and he lost his love and friends. He left his hometown and moved to Raveloe. He is a lonely man who always works hard and saves money, and does nothing else. One day, he loses his treasure and becomes miserable. Then he finds his real treasure and his life changes forever. 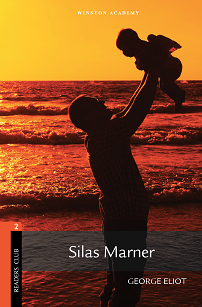